Close
About Us / Our Board 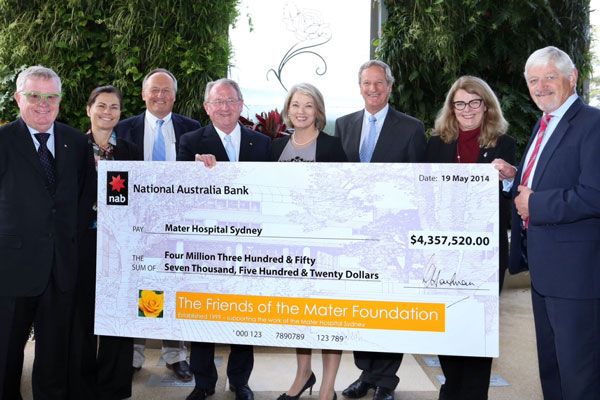 The trustee of the Foundation is Friends of the Mater Limited, a company limited by guarantee. The company is independent of the Mater, with its own board, membership, management and rules. 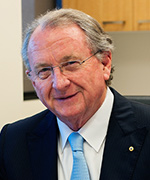 Appointed at the inception of The Friends of the Mater Foundation, Dr Keith Hartman is a visiting Obstetrician and Gynaecologist at the Mater Hospital with consulting rooms in the Mater Clinic. Keith has been associated with the Mater since his graduation from the University of Sydney in 1971.

After doing his residency and two years as a surgical registrar at the Mater Public Hospital, Keith trained in Obstetrics and Gynaecology at St Margaret’s Hospital, Darlinghurst, and at the John Radcliffe Hospital, Oxford, England. He was appointed as a Visiting Medical Officer at the Mater in 1980, and later served as Chairman of the Department of Obstetrics and Gynaecology from 1990 – 1994. Keith was also Chairman of the Mater’s Capital Appeal Committee in 1998, and a member of the board of the Mater for several years until the merger with St Vincent’s Hospital. 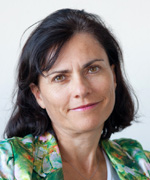 Greta Thomas has extensive strategy, marketing and development experience. In March 2011 she was named one of the Advance “Leading 50” current and future Australian women leaders. Advance is a network of more than 20,000 current or recent expatriate Australians. Greta recently spent nearly four years overseas with the acclaimed (RED)™ initiative co-founded by Bono and Bobby Shriver to raise money from leading global consumer brands to finance HIV and AIDS programs in Africa. Greta has also consulted with McKinsey & Company, helped launch eBay Australia, and was part of the leadership team at the Sydney Opera House. 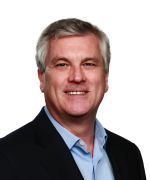 Mark Lochtenberg graduated with a Bachelor of Law (Hons) degree from Liverpool University, U.K. and has been actively involved in the coal industry for more than 25 years. Mark is the former Executive Chairman and founding Managing Director of ASX-listed Cockatoo Coal Limited.  He was a principal architect of Cockatoo’s inception and growth from an early-stage grassroots explorer through to its current position as an emerging mainstream coal producer. He was also formerly the co-head of Glencore International AG’s worldwide coal division, where he spent 13 years overseeing a range of trading activities including the identification, due diligence, negotiation, acquisition and aggregation of the coal project portfolio that would become Xstrata Coal. Prior to this Mark established a coal “swaps” market for Bain Refco, (Deutsche bank) after having served as a senior coal trader for Hansen Neuerburg AG and as coal marketing manager for Peko Wallsend Limited .  Mark  has previously been a Director of ASX-listed Cumnock Coal Limited and of privately held United Collieries Pty Limited and is currently a Director of Australian Transport and Energy Corridor Pty Limited, (ATEC).  Mark has served as a director of listed Company Cockatoo Coal Limited in the last three years. 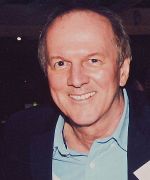 Dr Brett Hines is Director of Radiology at The Mater and has developed the department since inception. He is also Chair of the Division of Diagnostic Services, and has spent many years on the Medical Advisory Committee. Brett has been involved with the Friends of the Mater since it began, and is a member of the Foundation’s Annual Grants Committee. 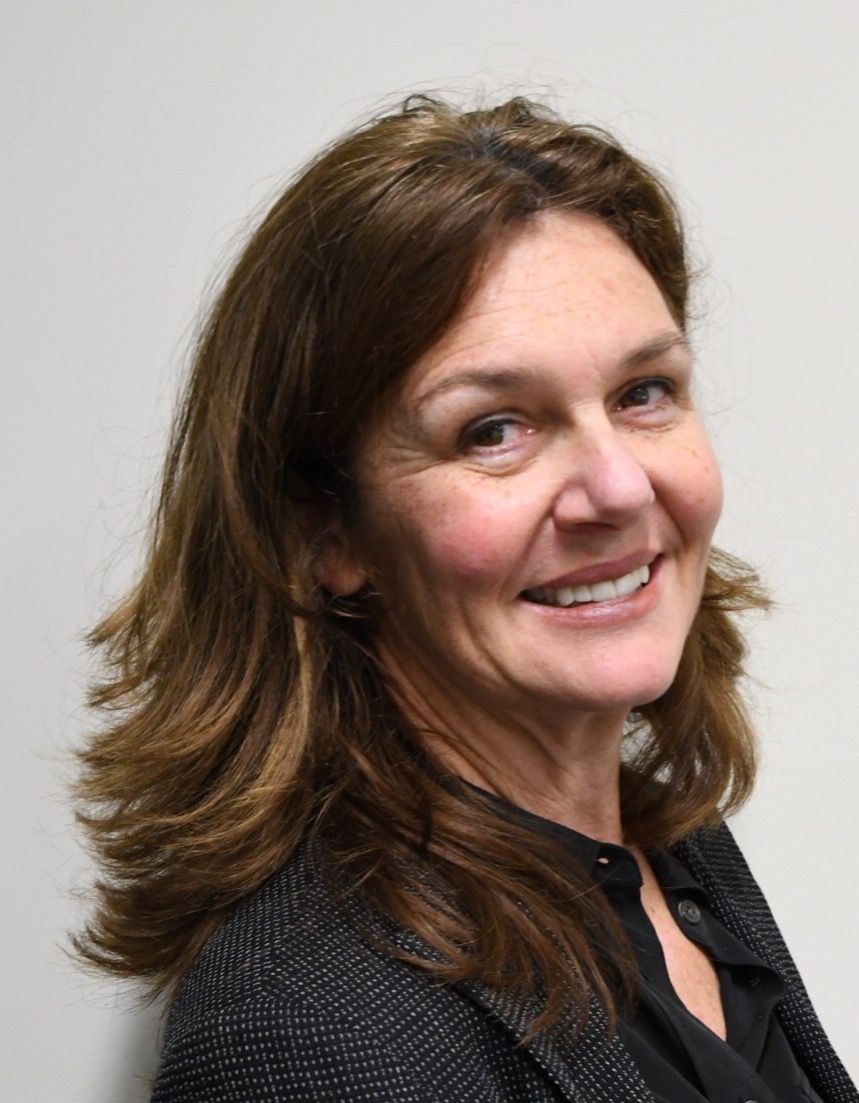 Jennifer has broad Australian and international experience in the financial services industry , with a particular focus on business strategy , corporate governance and regulation and human resources.  She previously held roles within Moody’s Corporation for 20 years , including Regional Head – Asia Pacific for Moody’s Investors Service and Chief Human Resources Officer for Moody’s Global Corporation.  Prior to that , Jennifer worked as a banking and finance lawyer in Sydney for Clayton Utz .

Jennifer has degrees in English Literature and Law from Sydney University and a Master in Asian Business Studies from London University.  Currently she is a non executive director of Melanoma Institute Australia and Chair of its Finance Committee, a non executive director of public company , Clarius Group and a volunteer ethics teacher for Primary Ethics NSW. She is a public member of the Australian Press Council . 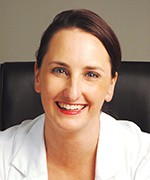 Claire Tynan introduced and led the iconic Indian brand, Mahindra & Mahindra to 2010 and fostered strong and enduring relationships among both Indian and Australian companies in order to establish Mahindra Automotive Australia.  As CEO she was an enthusiastic advocate of Indian business in Australia, facing challenges which were both rewarding and interesting, these experiences have furthered Claire’s international business appreciation and added to her vast retail experience across many industries – entertainment, fashion, management consulting and IT.

Claire has a degree in Commerce, and is a graduate of the ‘Australian Institute of Company Directors’ [AICD], and holds positions on Calvary Health Care Hospital Kogarah Advisory Board, Drive for Life Advisory Board [Salvation Army], Little Company of Mary Advisory Board, as well as various positions within her children’s school environs including P&F member, and previously led the Australian Indian Business Council ‘Women in Business’ chapter.

Claire and her husband have 4 children, all of whom were born at the Mater. She has a passion for both the start of life clinical and wellness practices, as well as end of life / palliative care resources and systems.

Ian Pagent is the founder and an Executive Director of the ASX listed Autosports Group. He has been in the automotive industry for 49 years and was previously was the CEO and joint owner of the Trivett Classic Group.

Ian and his wife, Maryanne, have four children and ten grandchildren, three of whom were born at the Mater. 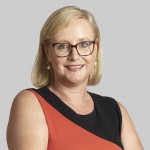 Felicity is a partner of Allens.  Her legal practice specialises in planning and environmental law, acting for Australia’s leading institutional and private investors and developers across all real estate sectors with a particular focus on the health and aged care sectors.  Prior to joining the Board of the Foundation in 2018, Felicity was the Foundation’s honorary solicitor for a number of years.  She is also a non-executive director or the Australian World Orchestra.

Felicity and her husband Francois have two children, both of whom were born at the Mater 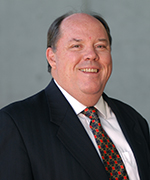 Michael Shepherd has had a successful career in financial services over more than 40 years.  He was a director of ASX Limited and group between 1988 and 2007, including a term as vice-chairman between 1993 and 2007 and chairing several subsidiary boards and committees.

Michael is currently chairman of Navigator Global Investments Limited (a listed investment management company), a member of the Responsible Entity Compliance Committee of UBS Global Asset Management (Australia) Limited and a director of Investsmart Group Limited, a listed financial services company. He is also a senior fellow and life member of Financial Services Institute of Australasia, after being a director of that body between 2001 and 2009, including two years as national president.

Michael has served on several charity and government boards, including being chairman of the Shepherd Centre for deaf children and Australian Hearing and a director of the Sir David Martin Foundation, The Committee for Sydney and The Mater Hospital.  He was awarded Officer of the Order of Australia (AO) in 2015 for services to the finance sector and to charity. 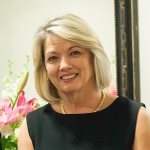 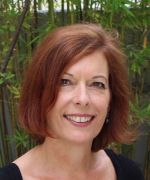